Responsible for this content
Birkenfelder Land Verified partner  Explorers Choice
The near path leads past impressive rock formations, down to the river and up to scenic heights. Five train stations along the route allow individual tours.
difficult
Distance 35 km
Duration11:00 h
Ascent838 m
Descent930 m
The Nahesteig is in different sections a medium-difficult tour, in some places demanding. The young Nahe has produced an impressive landscape on its upper reaches. It has dug its bed deep into the rock, with steeply rising rock faces and gentle bank passages alternating. In some places ropes help with the ascent and descent. The course of the route alternates between passages along the water, in the forest and again and again up to the rocks, where you can enjoy wonderful views of the Nahe valley.Along the route there are good possibilities to plan the respective day tour individually through train stations and bus stops. The path is linked with three dream loops and several local hiking trails, which makes many hiking variations possible.Sure-footedness is a prerequisite for this trail!

Surefootedness is required. On some short passages ropes help with ascent and descent.In all places, the close-climbing starts gently and on wide paths. Don't be fooled by this, some passages have a real climbing character.There are 8 service stations along the route, where you will find plasters and some bandages. If you take something out, please inform the operators by mail, so that they can be refilled quickly.

Surefootedness is required. In some short passages, ropes help with ascent and descent, while the closest ascent starts gently and on wide paths in all places. You shouldn't be fooled by this, some passages have a real climbing character. There are 8 service stations distributed along the route where plasters and some bandages are kept ready. If you remove something, please inform the operator by email so that it can be refilled quickly.

On the way it is worth a detour to the ruins of Frauenburg. If you want to, you can get directly on the dream loop "Countess Loretta" here and vary your hike in this way.Also the other dream loops and the other hiking trails on the trail make great individual hiking variations possible.

The route is described in the direction of flow of the Nahe river, i.e. from Neubrücke / Hoppstädten-Weiersbach to Idar-Oberstein. If you come to Neubrücke by train, start walking to the right in front of the station. Follow the main road for a few meters in the direction of Hoppstädten (the station is located in the district of Neubrücke). Right after the place-name sign there is a driveway to the right in Grüne.If you arrive by car, drive to the parking lot for hikers in Hoppstädten and enter the path here as well.Shortly after the place name sign of Hoppstädten, a driveway leads to the right into the green in the direction of the river. The path leads under a railroad bridge and finally over several stepping stones over the Steinaubach.For high water days there is a short detour from the parking lot. From here, the near path leads over the water adventure trail Obere Nahe. On the banks of the Nahe, numerous Bewoner of the floodplain landscape are explained at play stations and display boards. After about 1 km the Nahe is crossed over thick stepping stones. All around are some nice water playground equipment - time for a first rest! The trail continues past the parish church of St. Markus in Bleiderdingen and finally up "Auf Werdenstein" and into the forest.At the Celtic tree circle it is worthwhile to search for your own birth tree.The path follows the historical church path in the direction of Heimbach. Now a very natural passage in forest and floodplain landscape begins: through a steep slope it first goes downhill almost to the Nahe riverbank and then through forest and meadow up to the old cross in the Scheidtwald. From here it goes down to Heimbach and right at the entrance of the village uphill again towards Heimbacher Höfe.Attention: If you don't want to walk the way in one piece, you can stop here: in Heimbach there is a regular possibility to take the train to Idar-Oberstein or the bus back to Neubrücke station.If you continue walking, you will reach the height above the Heimbacher Höfe after a somewhat more strenuous climb. A fantastic "almost 360° view" compensates for the ascent. Further on the climb leads to a viewpoint called "Eisenbahner-Glück", here the name says it all!Again, the trail descends into the valley and continues on a picturesque old fishing trail to Nohen. The trail now follows the route of the dream loop Nohener Nahe loop. In Nohen there is again the possibility to interrupt the hike and be brought back to the starting point by train. In addition, Nohen is a great place to stop for a bite to eat; a restaurant and a café are happy to welcome hikers.The path continues through the village to the nearby edge of the forest and finally into a shady sunken path, towards Kronweiler. In a narrow valley, the Rohrbach is crossed and another circular path is reached, which is now followed by the nearby path. The "Odels-Uwe-Weg" is named after a cave at the side of the path. Finally, the local community of Kronweiler is reached, where there is again the possibility of shortening the hike by train. In Kronweiler a small grocery store provides food for the hikers (open in the morning on weekdays, on Fridays also in the late afternoon.In Kronweiler the path leads uphill again and finally through the so-called Iron Lay over a forest path towards Sonnenberg-Winnenberg. Mining was once practiced here, hence the term Eiserne Lay.The path runs above Sonnenberg in the direction of Winnenberg. In Sonnenberg there is the possibility for refreshment in the Sonnenberg Inn, about 500 m from the path. Passing the Winneberg cemetery, the path now leads downhill towards the river and meets the dream loop "Gräfin Loretta", which it follows for a while. When you reach the Nahe, the dream loop turns right and the path continues straight on to the Oberbrombacher Fischerhütte. This is a wonderful place for a rest, tables and benches are available and often the club has opened its fishing hut and the hiker can get cool drinks.  Here you also have the opportunity to dip your tired feet into the cool waters of the Nahe River - in several places you can reach the river directly. After the rest, the trail now climbs uphill again to one of the most beautiful views on the route - from Nahe you have a great view of the river and of Hammerstein, a district of Idar-Oberstein.We continue through the forest and finally down into the valley on an ancient path. For a few meters the path leads directly along the federal road 41 - behind the crash barrier and only for a few steps. Then it continues down into the valley, passing under one of the huge bridges of the federal road. In a few moments it will become quieter again, the mouth of the Siesbach stream into the Nahe river is reached. The Siesbach is crossed over a small bridge and right at its mouth there is another nice place to rest on the rocks. Through Enzweiler (also a district Idar-Oberstein.

all notes on protected areas

By train, the stations in Idar-Oberstein, Kronweiler, Nohen, Heimbach (Ort), Hoppstädten and Neubrücke are easily accessible. The Regional Express stops in Idar-Oberstein and Neubrücke, the other stations are connected by regional train.There is a good bus connection between Heimbach and Neubrücke.All information at www.rnn.infoPlease note: On the map the track and the railroad line are almost parallel to each other. This doesn't mean that you can get from any of the stations directly back to the starting station, but (attention, now it's getting a bit cumbersome): Between Idar-Oberstein and Neubrücke, there is a regional express that runs very regularly, so if you walk the entire climb in one day, you can get back very quickly in both directions without changing trains.The stations in between are connected by regional trains. Most regional trains run between Idar-Oberstein, Kronweiler, Nohen, and leave the river to Heimbach (direction Baumholder). Some trains go through to Hoppstädten and Neubrücke. It is therefore recommended to enter the desired connection at www.rnn.info because it is possible that the journey goes in the wrong direction and you have to change to the regional express in Idar-Oberstein. Works also well, but you have to know and consider it when planning your route. From Oberstein station, follow the access route to the dream loop "Rund um die Kama", the starting point is identical to the one of the closest station.From Kronweiler station, walk to the center of the village, the trail runs through the middle of the village.The train station Nohen is directly on the route.From Heimbach station, walk downhill in the direction of Nahe, the trail leads out of town. On the future regular access route there is currently a large road construction site.From Neubrücke station, walk approx. 300 m to the right (downstream), this is where the trail begins.

Idar-Oberstein: Directions to the Kammerhof restaurant, please use the designated parking spaces for hikers.Hoppstädten-Weiersbach: immediately after the exit "Birkenfeld" first exit to Hoppstädten-Weiersbach / Bahnhof Neubrücke. Past the station, after approx. 400 m turn left into the hiker's parking lot directly at the entrance to the trail

Book recommendation by the author

WanderZeit - hiking brochure, is sent free of charge by the tourist information of the Birkenfelder Land.There is also a leaflet with vacation offers on the trail - hikes with transfer, snack package, picnic, hiking socks and more - simply order by mail. Order at info@birkenfelder-land.de

Book recommendations for this region:

Recommended maps for this region:

Sturdy hiking shoes, clothing suitable for the weather and sufficient drinks are recommended. 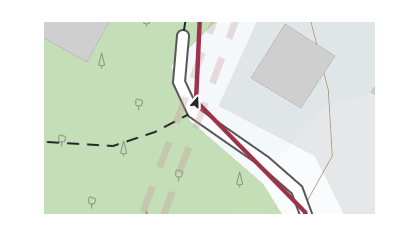 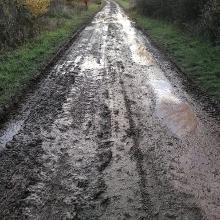 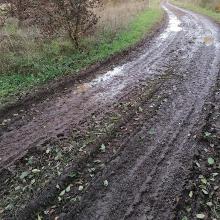 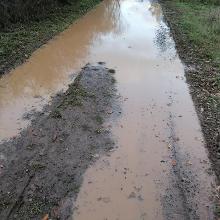